I am attempting to post a weekly. Every other week these posts will be reposts. I had been a contributor on two different sites that have since closed or changed to no longer include blogs. I will be reposting pieces that had originally been featured on one of these two sites.

This was originally posted April 9, 2011

This week I took my son, Isaiah, with me on a staff outing.  I am away this weekend and I wanted to spend time with him before I left.  Also, we were doing something that he could do and would enjoy.  I knew my guys would enjoy his presence and he would enjoy being enjoyed.  We went to a wooded camping area that is owned by the university I work at.  Snacks, huge fire, throwing a ball around, all of it worked together to be a great experience for everyone there.  Allow me to highlight one moment of the evening to illustrate an element of the Spiritual Life.  Disclaimer: this might be a little easier for a male to relate to.

As it was becoming dark, Isaiah indicated that he needed to urinate (this is a polite way of saying that he held himself and looked at me frantically while saying “pee pee”).  I briefly considered taking him to the edge of the woods and tall grass about twenty feet away, but I decided to give him a more exciting experience.  I picked him up and put him on a high table/counter next to the edge of the pavilion.  I asked him if he could go right there.  When he said affirmed that he was willing, I pulled his pants down and aimed him at the grass away from the group.  I had a moment of hesitation because, recently, his pants had fallen down in front of my staff and he had misinterpreted their reaction and felt embarrassed and started crying.

This time was different.  As my son’s urine shot three feet into the grass, my staff of college sophomore to senior men began to cheer him on.  There was no element of laughing at.  It was much more like rejoicing with.  Isaiah received the cheering like a conquering hero even putting one fist in the air and saying “all right!”  When he was done he turned around to fully experience the approval from the men around him and when I set him back on the ground he strutted around like he owned the place.  As a father I cannot express my gratitude to those men, for the encouragement and approval that they showed my son.  He trusts them all. He respects them all He enjoys them all. He feels comfortable with them all.
And he can pee in front of them and be cheered on. 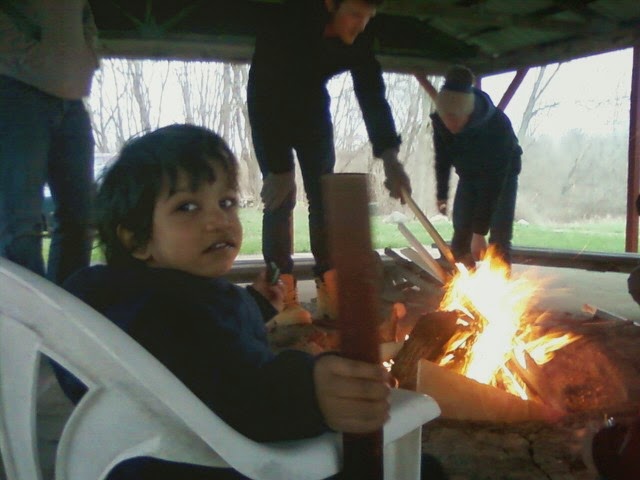 I certainly struggle in my group of peers to not appear silly or weird or incompetent.  I worry that I won’t be thought of as dependable, or competent, or wise.  On a surface level, I worry that I’ll have something in my nose or a spot on my clothes when I walk into a meeting, but of course it goes much deeper than that. I am blessed to have a few people (including my wife) that I can open up my quirkiness to.


Who cheers when you pee?