I recently watched the newest X-Men movie: X-Men: Days of Future Past.

To Set the Scene
We recently moved across the country from Indiana to Oregon. We’re closer to family than we were, but still sixteen hours away. We were in Indiana for seven years. It didn’t feel like home right away, and it continued to feel different and midwesterny, but we’d made many good friends and found many connections and familiarities. It had become home. Now everything is new again. Though we’ve met good people, in many ways, we’re strangers in a strange land.
Not only that, the night that I watched the movie was in the midst of a week in which I was alone at home. My wife had taken our sons to visit family for the week of Thanksgiving, but I was on call for work so I stayed home. I live on campus at a university. There’s usually plenty of noise and activity, but most students had left for Thanksgiving break so it was a bit of a Ghost Town.

This is the context in which I watched the latest X-Men movie.

My Realization: Cerebro is about Tribalism

If you’re familiar at all with the X-Men mythos, then you know of Cerebro. Professor X, the leader and founder of the X-Men, is a telepath and Cerebro is a machine that magnifies his mutant powers.  In Days of Future Past, Cerebro is used to locate one particular mutant. Perhaps because of my current life circumstances, the scene hit me in a particularly interesting way.

As I watched Cerebro being utilized in this movie, and thought back to similar scenes in the past movies, I thought,
“On the surface Cerebro fulfills a political, or social, or strategic function, in these stories, but at it’s core, Cerebro is about tribalism.”

Realizing this, making this connection, while watching this movie, while sitting alone in my apartment, while somewhat alone on campus, while relatively alone in Oregon, I thought, “Wouldn’t that be nice...?”

Wouldn’t that be nice?

Wouldn’t it be nice to automatically know where the members of your tribe are?
Wouldn’t it be nice to know, whenever you enter a new territory, a school, a place of work, a neighborhood, to instantly know who all the people are that share your beliefs and values.
There’d be no awkward conversations, no halting attempts at connection.
For example, it took us about three years to find a church when we moved to Indiana; we’ve been in Oregon for five months and we’ve tried five churches. If it’s hard to find a church (where you can assume certain things about the beliefs and values of the group) imagine how hard it is to find people in general.

It would be quite convenient to enter a new and unfamiliar place and instantly be aware of the places, things, and especially people you connect with. You would know exactly where to find everything you consider comfortable.

It probably wouldn’t be good to take away all the effort of getting acclimated to a new environment. Even in the X-Men universe the idea of “finding people like you” doesn’t always work out. And even if we had Cerebro for situations I’ve listed above, that might not be for the best.

First, even if I could find all the people in the surrounding community who had all the same values and interests as me, that doesn’t mean I would like them. It’s more complicated than that. Sometimes I’m kind of a jerk. I’m not sure I’d always want to hang out with people who are exactly like me.
Sometimes people who are like you are not people you like. 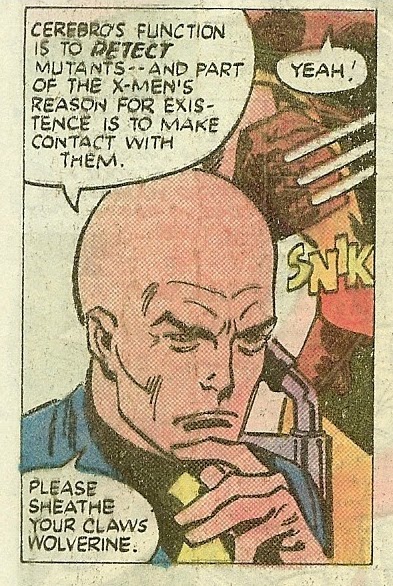 Second, if you are immediately connected to those who are the same as you, then you don’t take the opportunity to draw out conversations and experiences with people who have different values. Sticking to only people with shared values, people in your tribe, significantly limits the people you interact with. It’s likely that you’d miss people whom you’d like who are not like you. Maybe the coolest guy in town disagrees with you on several important social issues, but he’d be fun to go grab a beer with. It’s complicated, and that’s part of the problem. What would I set my Cerebro to look for? People who had the same theological views? Political views? Taste in movies? Books? Love for coffee? Apathy towards sports? Children through adoption?
And what if I set it to all those things and then I miss out on some other facet of what makes up a person that would be great, likable and fun to be around? What if the person who’s not like you would be your greatest ally?

Next, even if Cerebro could be perfected, it’s just not best for personal growth and development to always and only be around people who think the same as you do. Viewpoints and perspectives expand when they clash. When you meet people who are different your views are challenged, and that’s uncomfortable, you begin to understand why they think the way they do. On the quest toward truth, it’s imperative to have your views questioned, threatened even, so you know if they can stand the test. Maybe instead of finding people like you, you should change what you are like. However, even if you don’t change your opinions, you gain empathy. Empathy comes from understanding another person. Empathy comes from listening.

Finally, Cerebro Tribalism is too safe. It doesn’t require any courage. It’s one thing for Professor X to find out who he needs to talk to, go find them, freeze everyone else’s mind, have his conversation, and then return safely home. It’s quite another to go to a public place and say, “hey, I’m a mutant! Anyone want to hang out?” 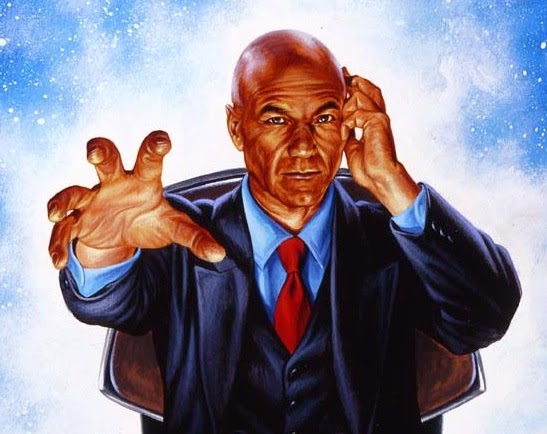 Bravery is required, and cultivated, when you "put yourself out there", when you speak up. And when you’re bold about what you believe, what you like, what you value, about who you are, then others can benefit from who you are.

Also, X-Men: Days of Future Past was pretty good.

I couldn't have been more afraid to move out to Maine last summer. The thought of finding new friends while everything else in life was changing was nerve-racking.

But - it was entirely because I wanted more friends that were just like me. I had them back in Indiana because we'd spent the past few years together and grown together. It's crazy to think you'll move to a new place and find someone that close right off the bat.

Thanks for your encouragement, Jared, and the reminder. Really, some of the best friends I've had differed when we met. Having the courage/discernment/gusto to start those conversations with strangers is something worth pursuing!

If a minus (-) is present that group is considered the favourite and if a plus (+) is proven that group is considered the underdog. Hard Rock – Hard Rock is an active member of the Canadian Gaming Association and owns casinos in Vancouver and Ottawa . It has but to go stay up North, however the model has clear ties in Canada – making Hard Rock 코인카지노 Sportsbook a definite possibility to launch sooner or later. DraftKings – A bit late to the celebration, DraftKings finally joined the opposite huge manufacturers in Ontario on May 18, 2022.