This is the third installment of my review of the book Language in America published in 1969.
As I said in my first reflections on this book:
I’d like to encourage you as my reader in the ways that I was challenged through reading the book.  That challenge is, to pay attention to the words you use.  Take care to mean the words that you say in the way that you say them.  Be aware of the implications of the slang you use and what it might indicate.

Another chapter that leads me to consider this writing as somewhat prophetic is the chapter entitled The Language of Computers.  The author, Edward Lias, states that his goal is to help the reader consider the bias of the computer as a medium. Here are some of his concerns...
[REMEMBER this was written in 1969!!!]
(Did they even have computers then?): 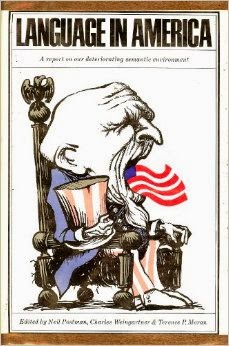 He has a lot more to say in the essay, but what stuck with me the most was the idea that use of computers will change our expectations throughout life and culture.  I think this is worth examining. Well, I know it's worth me examining, maybe it is for you as well.

The last essay is simply titled Polluted Language.  The authors consider the idea of pollution as it relates to language and draw conclusions regarding its effects by comparing a society to a natural system affected by natural pollution.  Here are some of their points.
As is probably obvious by now, I agree with many of the conclusions of this book (and most Neil Postman writings).
I think we have Amused Ourselves to Death.
I think our language is polluted.

Clear understanding and communication is a passion of mine; this is not to say that I always do it well.  I think all these questions are important to consider. 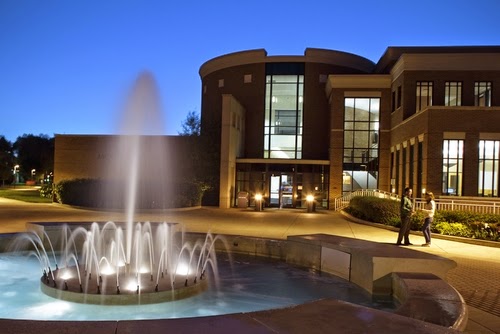 That’s all for now, looks like I can return this book to the Indiana Wesleyan University library.


[Note: This post was originally written almost four years ago. I did return the book. The fountain is gone, but presumably the book is still there for any current IWU locals to pick up and read.]