One Halloween, when I was in middle school, I was trick-or-treating with my brothers and some other kids stole our candy.

My brothers and I were about five blocks from our house, walking up a street between neighborhoods, away from any houses. A car pulled up next to us, older kids jumped out, there was a scuffle, and they took our bags of candy. My brother had been picked on at school; it may have been those kids and their older friends and brothers. It may have just been a random act of meanness.
We walked and ran the five blocks home.
I was scared. I was frustrated. And I was angry.
I was scared.

I open with this story because I want you to know that I have very vivid memories of being scared walking home at night.

Fast-forward about two decades and I’m working in Student Life at a small university in Oregon.
One of the first Residence Life team meetings I attended, the Director of Residence Life led the group both (professional and student staff) through an activity called “The Power Shuffle”. Essentially, it’s an exercise designed to help reveal differences in the backgrounds of members of the group. We all have different histories and some of us have certain advantages merely based on our circumstances. The exercise opens people’s eyes to these facts, hopefully fostering empathy and understanding.

There are many versions of the exercise online. I couldn’t find the exact version we used, but if you Google it, you’ll get the idea.

But he did say this,
…and I did not walk.

Honestly, I’m not self aware enough to fully grasp why I didn’t walk.
Here is what I told myself at the time:
I thought that my experience wasn’t legitimate enough to identify with that statement.
That incident had specific circumstances. It wasn’t enough of an “identity” issue.
Only women moved to the other side of the room and I told myself that their stories were more “pure” than mine, more recent than mine, more in line with the spirit of the exercise than mine.
I told myself that if I walked I might take away from more legitimate experiences.

Maybe it was a complicated combination of all that and more.

My point is, that I avoided the truth because of fear. 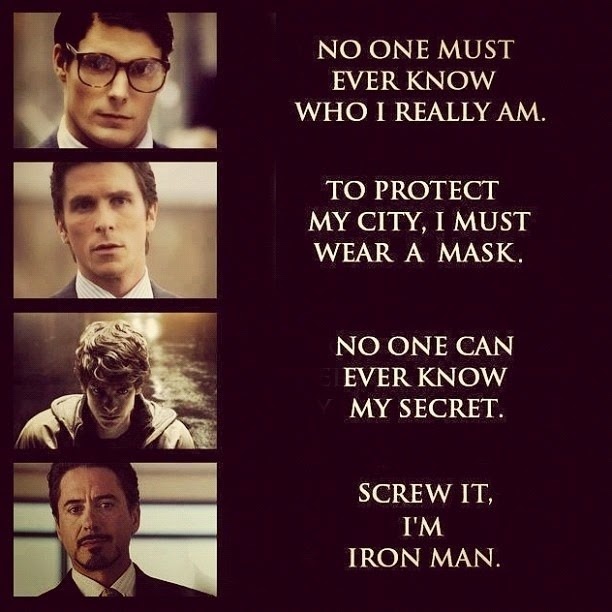 The Power of Identity

Have you ever hidden who you are due to a sense of embarrassment or fear?

There is power in acknowledging identity.
I don’t mean that some people with certain identities have more power than others (although that’s certainly true as well). I mean that there is a strength in publicly admitting parts of yourself.

Side note: I’m not saying that all identities are morally neutral.
One simple example, I’m a person of faith, I identify as a monotheist, a Christian. I try to cultivate a relationship with Jesus Christ, who I believe lived, died, rose, and reigns. If you identify as, say, an atheist, I believe you’re wrong and I believe your lack of believe has negative ramifications.
HOWEVER, I think you should ALWAYS feel safe declaring your identity. Whether you’re walking across the room in a team building exercise, sitting with me in a coffee shop, or even exploring my culture in a place of worship. I should always be kind to you, I should always be welcoming to you, I should always accept the truth that you identify as an atheist, even if I don’t think atheism is a true view. There is virtue in truth, even if the truth is about something unvirtuous

Obviously issues of identity are emotionally charged and can lead to complicated discussions. These are discussions that won’t exist if we don’t first create a safe place, if we don’t publicly acknowledge our own identities. 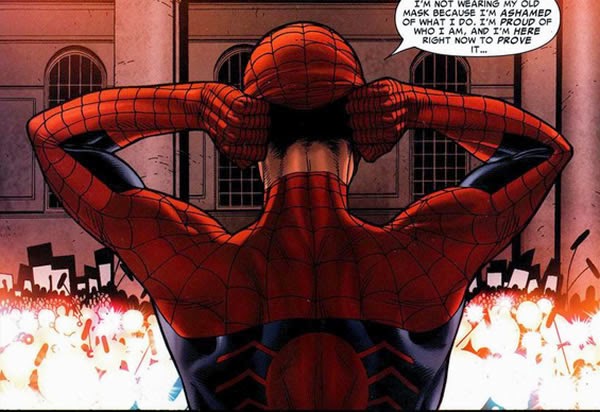 Take those opportunities.
Walk across the room.
Connections can be made. Relationships can be built. Walls can be broken.  Truth can be found (if applicable).
…but not if you hold back.

I write this today to encourage you not to make the same mistake I made.
Find a place you can admit who you are.
Take opportunities to share yourself.
Share the truth of who you are.
Stop hiding.
Walk across the room.

Who knows what you’ll find.