Repost: Oh The Cleverness of this Title!

The Peter Pan Complex (or Syndrome) is term some psychologists have used to describe a grown man who acts like a boy.  A man with Peter Pan Syndrome refuses to grow up emotionally and psychologically just as Peter Pan refused to grow up... entirely.
I exhibit this a little, but I try to realize it and grow beyond it (pun intended).
My personal Peter Pan Syndrome is a little different than this.


We figure out who we are, or define ourselves, around around middle school, high school, and into college.  Some typical categories are “jocks” or “popular” or “smart”.  I've heard people talk about dealing with the social jungle by becoming “funny”.
Ultimately, no matter how we approach it, we all care that other people will define us as “cool”.

For as long as I can remember I have attempted to define myself by being “clever”.
I was smart growing up, but not too smart.  I was funny among my group of friends, but not very funny.  And I didn’t even have a shot at the “jock-popular-fashionable” image.  I didn't have a word for it at the time, but I found myself settling in to a “smartly-funny” sort of image.
Witty.  Sharp.  Cunning.  Amusingly-Wise.
Clever.

I can’t remember when I began to connect with Peter Pan’s statement:
“Oh the Cleverness of me!”
But I do know that my wife has been overly gracious by humoring me when I say it.  She even manages not to laugh when I quote Peter with my hands appropriately at my hips and my chin stuck out just so. 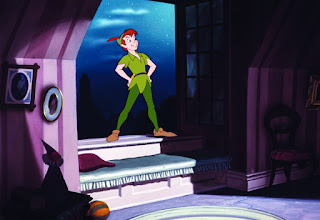 My Personal Peter Pan Syndrome:
A grown man who wants everyone to think he's clever.

I try and write things that are clever.
I try and interact with students and coworkers cleverly.
I make clever comments, off to the side, under my breath.
I make observations about the world around me, stating them cleverly, giving clever analysis, and clever suggestions.

Sometimes I come across as snarky or sarcastic, that’s not my intention, but it's close enough.

I was pleased to find a more current character to relate to in the rebooted Doctor Who series. Specifically, in season 4 episode 10 when the 10th Doctor is solving the episode's problem.  Someone asks why they should listen to him and he shouts in frustration: “Because I’m clever!”

Though I've never shouted it at a group of people whilst trying to save them from an alien menace, I have a deep affinity for that line. And I do think it's fairly clever to have a Doctor Who reference in my blog

The Problem of Pan

The problem with seeking to define oneself in terms of cleverness (or smarts, or jock-ness, or popularity, or simply coolness) is that it only means something in relation to other people.  If everyone else is more clever than me, then I’m not really all that clever, am I?  If no one tells me they saw my Facebook status and thought it was pretty funny (or worse yet, no one “likes” it), then I’m not really that clever, am I?
Defining myself by other people, or by something I do sometimes, distracts from who I am at my core.
The praise of others is so tempting that it leads me away from my true identity.
I believe, but I often forget, that I am a child of God.


Then again, I still want you to tell me that this blog was meaningful.

This really hit home for me. I hinge my identity on the approval of others and find that it is such a roller coaster. I earn the approval of one person and feel great about myself only to find that someone else disapproves and the affirmed self approval is gone in an instance. What a great reminder of where our identity should be found. And yes... this blog was meaningful and clever!